Taking its place among the prominent college and university landmarks across the Carolinas, the Allen Tate Tower serves as a focal point on CPCC's Central Campus. The tower stands approximately 48 feet tall, with a base of about 144 square feet. The new tower is constructed of brick and cast stone and features a four-sided clock face approximately six feet in diameter. The tower's digital carillon will play a wide variety of peals, tolls and familiar songs.

The tower is the result of a generous contribution from H. Allen Tate Jr., founder and CEO of the Allen Tate Co., the Charlotte-based real estate firm. Little Diversified Architectural Consulting provided the design work on the project. A team from Rodgers Builders constructed the tower in six months.

"This represents a crowning achievement for the student body, faculty, board of directors, CPCC Foundation board and many others who have created a reputation as tall as this tower," said Tate. "It is a signature landmark that will serve as an ongoing reminder of the hard work and commitment students have made to achieve their goals and prepare for the future."

"We are extremely grateful to Allen Tate and his continued support of the college," said Dr. Tony Zeiss, president of CPCC. "Because of his generosity, CPCC is now home to a signature landmark that will not only serve as a point of pride for our alumni, but also as a symbol of achievement to our current students who are working hard to be a success."

The clock tower is located on Elizabeth Avenue, between the Terrell Building and the Elizabeth Classroom Building. The prominent site will give students, employees, visitors and passing motorists a clear view of the tower.

A Life Nearly Lost is Found at CPCC 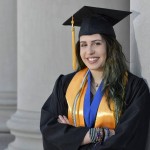 During that self-described "dark period," she developed self-destructive tendencies that moved to drug abuse. She experienced homelessness, and as her life spiraled out of control, she gave up on college.

Now look at her: Thursday, she'll graduate with an associate degree in science from Central Piedmont Community College and a 4.0 grade point average. Her commencement will feature speaker Jill Biden, the nation's second lady, who teaches English at Northern Virginia Community College and has taught at community colleges for 30 years.

Central Piedmont Community College (CPCC) will launch a new associate degree program in engineering with the start of the fall 2015 semester in August. The CPCC Associate in Engineering (A.E.) program is a transfer program, designed for students who want to pursue a four-year bachelor's degree in civil or mechanical engineering at one the UNC system universities.

"The Associate in Engineering program will enhance the Charlotte region's workforce, while giving students who want to begin their studies close to home a lower-cost, high-quality option," explained Chris Paynter, CPCC dean of STEM programs. "This new degree program was established under the Uniform Articulation Agreement between the University of North Carolina System and the North Carolina Community College System."

"Workforce studies and employer surveys indicate the Charlotte region needs more bachelor-degree-level engineers," Paynter said. "At the same time, we have tracked significant student demand for a 2+2 program in engineering. Once the A.E. degree program is established, we'll look at adding a track for electrical engineering majors."

From Community College to the White House: Meet These Three Staffers 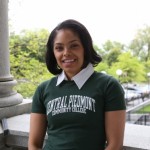 Crystal Carson, Assistant to the White House Director of Communications

For students wondering if community college is the right decision, Crystal Carson says, "just do it." And as a graduate of Central Piedmont Community College in Charlotte, North Carolina who now serves as the Assistant to the White House Director of Communications, Carson knows her fair share about community college.

She says that her time at Central Piedmont opened her mind to different opportunities and acted as a gateway to a variety of fields. She also notes that going to a community college didn't put her at any disadvantage compared to anyone else at the White House.

"The support systems and the teachers, resources, all of the things that you can get at a community college are similar and if not better than any university that you could go to."

Celebrating the 50th Anniversary of the CPCC Christa A. Overcash Nursing Program

The CPCC Christa A. Overcash Nursing Program will celebrate its 50th Anniversary on June 11, 2015. Come celebrate and share your membories and accomplishements. Feel free to bring nursing memorabelia for other alumni to view.

If you are a graduate of the program and you haven't received a Save-the -Date card, please contact Mary Collin mary.collin@cpcc.edu 704-330-6808.