Created by a grant from The Leon Levine Foundation (TLLF), cumulative Levine Scholarships awards now total more than $2.1 million. With a current market value of more than $5 million, the Levine Scholarship Endowment represents the largest permanent source of financial assistance for students at Central Piedmont.

"Having the opportunity to go to a great college and get a solid foundation for the rest of my education without having to worry about the cost has been a tremendous help in making college happen for me. And being part of a community of scholars has really shaped my college experience for the better as well," said Ren Lane, a CPCC Levine Scholar and Providence High School graduate who is pursuing an associate in arts degree.

According to Levine Scholar Adam Penninger, a graduate of West Mecklenburg High School, "I attended CPCC from the fall 2006 term through the fall 2008 term. During this time, I did not qualify for any forms of federal or state aid, even though I came from a low-income household. The Levine Scholarship provided access to higher education I wouldn't have been able to obtain otherwise.

"Today I work in the financial aid office at CPCC," Penninger added. "I see directly the impact the Levine Scholarship had upon myself and continue to see its positive impact on students. Many of these students have no funding at all, and others don't have enough to cover all of their expenses."

Tom Lawrence, executive director of TLLF, said, "Investing in need-based scholarships for bright, ambitious students aligns closely with TLLF's mission. We take great pride in partnering with CPCC and hope the impact of these scholarships is felt for years to come."

"I often say CPCC is in the life-transformation business. CPCC is the hope many of our students are seeking. Hope of a better job, better wage, better life, and better provisions for their family," Dr. Kandi Deitemeyer, CPCC president, explained. "Partners and benefactors like The Leon Levine Foundation make it possible for the college to carry out its important mission.

"On behalf of the college and the nearly 900 CPCC students who have received much-needed assistance through the Levine Scholarship Endowment, I say 'thank you.' The positive impact that has been made and will be made is immeasurable," Deitemeyer added.

The Levine Scholarship Endowment is a significant source of financial assistance for CPCC students annually. The college encourages anyone who is interested in pursuing additional education and career training, but lacks financial resources, to complete a CPCC application, and talk with a staff member in the college's Financial Aid Department.
Central Piedmont Community College Foundation Central Piedmont Community College Foundation

The German Language & Culture Foundation (GLCF) of Charlotte, N.C., has given Central Piedmont Community College (CPCC) an $8,800 grant to support four $2,200 scholarships associated with the college's study abroad program to Germany. The monies will pay for four CPCC students to study abroad in Heidelberg, Germany, during June 2018, and support the students' German language classes as well.

The gift to the college reinforces the GLCF's commitment to supporting projects that help create long-term friendships and promote a better understanding between the people of German-speaking countries and the Charlotte metro region. Charlotte is a mecca for German-based business operations; the Queen City's German companies employ more than 15,000 people across the region.

"The city of Charlotte is home to hundreds of companies from German-speaking Europe," said Daniela Weinert, president of the GLCF. "It's important that we build a talent pipeline of fluent, German-speaking graduates who are prepared to enter the workforce and hit the ground running, adding value to the Queen City's international businesses."

"This experience will allow me to learn the German language in an immersion setting, giving me the chance to gain a broader understanding of the German culture and its people," said Bivens. "After English, German is one of the most widely spoken languages; therefore, learning how to speak it fluently is important."

This year marks the tenth consecutive year that the Foundation has bestowed a scholarship to a CPCC student.

Lisa A. Bivens
Matthews, N.C., native Lisa A. Bivens is looking forward to studying abroad in Germany this summer. While she's only been studying the German language for two years, she's hopeful about accomplishing the everyday tasks she takes for granted here in the States. "It would be fantastic to just hop on a train and have a conversation with a fellow passenger," explains Bivens.

But first, Bivens, a business major, has to get there. While thinking about the journey ahead can seem intimidating to some new country, new culture, different language to Bivens, it's an opportunity to embrace the change around her.

"This experience will allow me to learn the German language in an immersion setting, giving me the chance to gain a broader understanding of the German culture and its people," says Bivens. "After English, German is one of the most widely spoken languages; therefore, learning how to speak it fluently is important."

Bivens believes her hard work will pay off in the future. By gaining an understanding of the German language now, she'll gain a competitive edge in the marketplace. "The City of Charlotte is home to more than 200 German companies," she explains. "I hope that being fluent in German will help me secure a job after graduation."

The second-year CPCC student plans to transfer to UNC Charlotte in the near future and graduate with a bachelor's degree in business.

Ashley Metz has studied the German language for two years at CPCC and is excited about the prospect of studying abroad this summer to immerse herself in another country's culture.

"I'm looking forward to getting to know the German language better," explains Metz. "I also can't wait to see what school will be like in Germany. I hope this experience teaches me many life lessons that I can one day apply in the real world."

The Waxhaw, N.C., native is currently enrolled in CPCC's Career and College Promise program, a dual enrollment program for CMS juniors and seniors. After completing the program, she plans to pursue a bachelor's degree in international studies at a four-year school.

Kyle Harris has previously traveled overseas to London, Paris, Florence and Rome, but this will be the first time the Charlotte, N.C., native will study abroad in a foreign country. "I can't wait to be fully immersed in the German culture," explains Harris. "I hope it teaches me more about the language and what it means to be a European and German citizen today."

Harris has been studying the German language off and on for the past four years. Before enrolling at CPCC last year, he was a student in the college's Career & College Promise program, which helps CMS students earn college credit at no cost.

After graduating from high school, Harris enrolled at CPCC in fall 2017 and went online one day to learn more about the college's study abroad programs. It was there, Harris explains, that he stumbled across the GLCF scholarship opportunity. He decided to apply and now finds himself preparing to study abroad in Germany this summer.

"I'm not only looking forward to the change in culture and scenery, but also practicing my German on a daily basis so I can become more fluent," says Harris.

Harris plans to take the knowledge he gains as a result of this experience and apply it to his career plans, which include studying international studies at UNCC after graduating from CPCC. "I enjoy learning foreign languages. Once I have a firm grasp of the German language, I would love to one day study the Arabic language and learn more about Arabic-speaking countries."

Mastering the German language is in Skyler Cooper's long-term plans; it's a language he plans to continue studying long after leaving CPCC in the spring. "Even after I transfer from CPCC this fall, learning the German language will remain a priority. There are so many applications for it in today's marketplace," explains Cooper.

Cooper, a Charlotte, N.C., native, is currently in his second year at CPCC, earning credits toward an Associate in Arts degree. While he's only spent two semesters learning German at CPCC, he feels prepared and hopeful about his upcoming trip overseas. "I cannot wait to immerse myself in the German language and culture," he explains.

While this won't be Cooper's first time visiting Germany, it will be his first time seeing the country through the eyes of a local, rather than a tourist. "Getting to see Heidelberg through a completely different lens will be the experience of a lifetime. I'm not only looking forward to soaking up the sights and sounds of Heidelberg, but also improving my German language skills at the same time."

February 7, 2018
Congratulations to Dr. Kandi Deitemeyer! She was recently named as one of the top "Change Agents" in the state by Business North Carolina magazine. 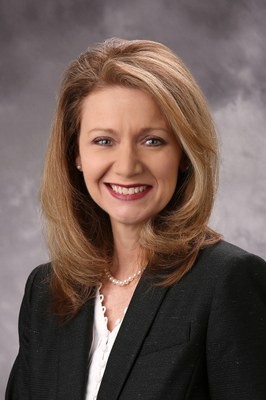 The publication's "Change Agent" list recognizes individuals who lead prominent businesses or organizations but are relatively new in their role. Individuals included on this prestigious list are considered the top "leaders to watch" in the upcoming year.

Business North Carolina's Feb. 2018 issue listed the state's most influential business leaders, ranging from the top 100 businesspeople from across the state, to the leading icons and change agents. View the complete list here.