We are so proud of our alumni and all that they are doing to #ConquerPossibility.

Read the full story via the Charlotte Observer.

Students researched, debated, and wrote mock UN resolutions at the conference about a variety of current global topics, such as gender and the role of women in disarmament, the effects of global warming on human health, the rising tensions between China and the U.S., and preventing spillover violence from the Sudan conflict.

"I learned about topics I otherwise would not have been aware of beforehand," said Returning Model UN member Yasmine Outtara. 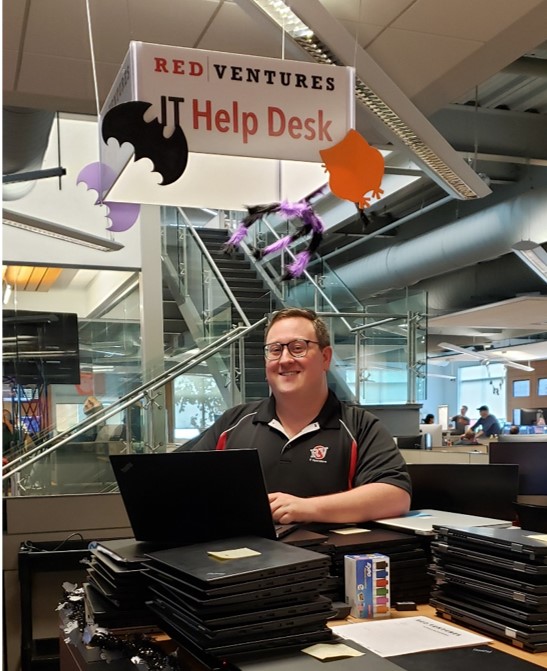 He offers encouraging advice to prospective students, especially those that have not followed a traditional path to higher education. "Every assignment, quiz, and test you take is another brick in your professional foundation. Treat all of your work with a high level of importance; doing so will bring value to yourself and an appreciation for the dedication you've put into bettering your future. We can all become discouraged at times, but do not allow your failures to define you. Instead, let the solutions that you create become a beacon of inspiration to guide your future."
Central Piedmont Community College Foundation Central Piedmont Community College Foundation

November 11, 2019
The University of North Carolina at Chapel Hill launched C-STEP (the Carolina Student Transfer Excellence Program) in 2006 to enable more community college students to transfer to and graduate from Carolina. This year, UNC Chapel Hill  has expanded C-STEP to include a partnership with Central Piedmont Community College and Guilford Technical Community College, and has launched a new component of the program, Pathways to STEM Success. The additions to the program were made possible by a $1.13 million grant from the North Carolina GlaxoSmithKline Foundation.

As part of UNC Chapel Hill's mission to provide a high-quality education to North Carolinians of all backgrounds, C-STEP is used to identify high-achieving high school seniors and community college students whose household incomes fall at or below 300 percent of the federal poverty guidelines. Once accepted in C-STEP, students are guaranteed entry to UNC Chapel Hill following the completion of an associate degree with cumulative grade-point averages of at least 3.2 at a partner community college such as Central Piedmont and the 12 other partner schools. Student also receive transition and support services, such as dedicated advising, mentoring, networking opportunities, and special seminars. This support contributes to the program's success. C-STEP students earn their bachelor's degree at a rate of over 85 percent, as opposed to only 17 percent of students completing their bachelor's degree outside of the program.

In addition to the expansion of C-STEP, the new Partners to STEM Success initiative aims to train the next generation of STEM and health professionals. Students in this part of the C-STEP program will receive specific mentoring to prepare them for graduate study or careers in STEM and health professions, and have opportunities for immersive experiences such as summer internships and lab assistantships.
Central Piedmont Community College Foundation Central Piedmont Community College Foundation