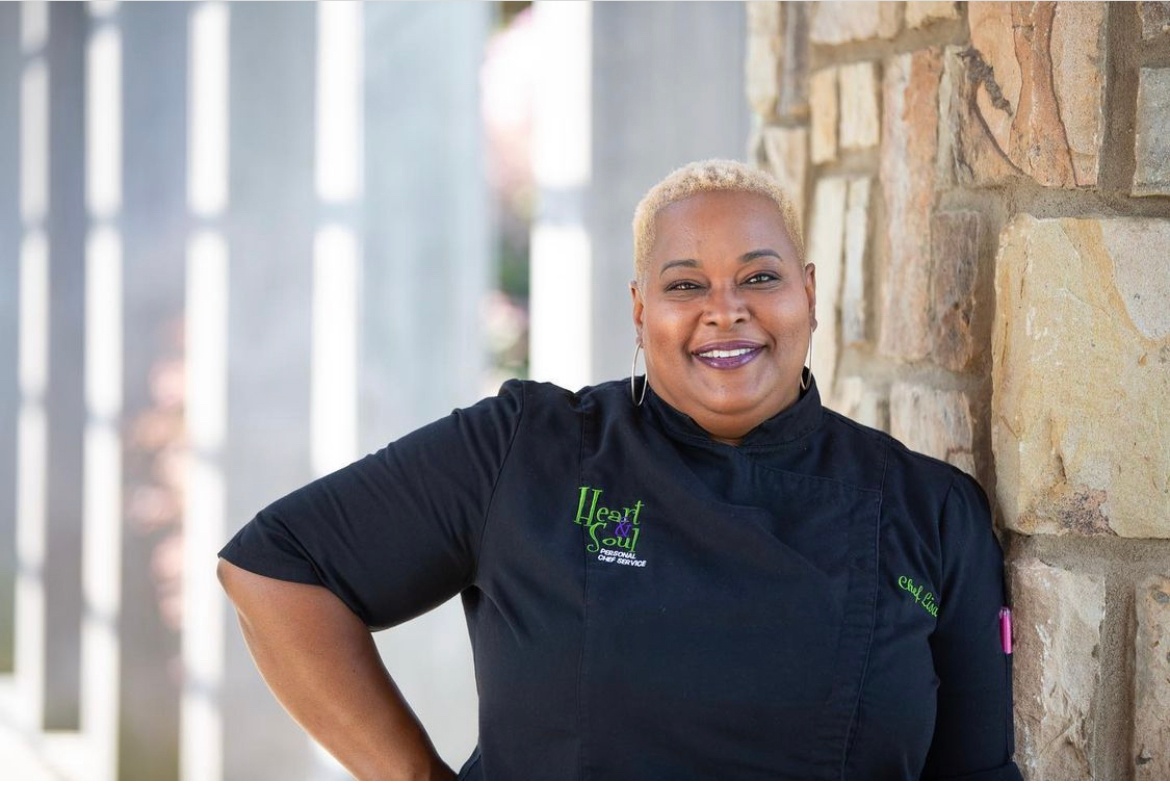 Central Piedmont Culinary Arts Alumna Lisa Brooks will be competing on the Food Network's "Chopped" on February 15 at 9 p.m. Watch Lisa compete against three other chefs in the special "Black History Month" episode to see if she will be named the Chopped Champion.

Chef Brooks will also be a featured guest at the Central Piedmont Foundation's Swirl event on April 8, 2022.

Central Piedmont Community College has selected two local artists, Rosalia Torres-Weiner and Felicia Sky Sutton, to create a large-scale mural honoring the past history of the college, documenting the present, and reflecting the aspirations of Central Piedmont students for the future.

Torres-Weiner and Sutton, former Central Piedmont students, were chosen from a highly skilled pool of applicants to work collaboratively with students, faculty, and staff to create an interactive mural. The art work will be located in the dining area of the college's new student union, a part of Central Piedmont's new Parr Center complex, located on the Central Campus. The Parr Center will serve as the student services hub and include a new campus library, a 430-seat theater, a rooftop terrace, a 1,100- square-foot art gallery, and a maker's space for students to explore careers and creativity. The Parr Center will open to students and the public later this year.

According to the project's request for proposal, the mural's graphic design will span an 8-foot by 30-foot wall on the first floor of the 184,000-square-foot building. Its placement will benefit from the nearby dining space, which is flooded with natural light thanks to the floor-to-ceiling glass windows that overlook the Charlotte city skyline. The mural will demonstrate the college's commitment to the fine arts and its support for the creative culture of its surrounding community.

Rosalia Torres-Weiner is an artist, activist and community leader in Charlotte. Her art captures the themes, colors and rich symbolism of her native home of Mexico. She took her first steps toward a creative career by taking graphic design courses at Central Piedmont. After operating a successful interior arts business, Torres-Weiner shifted the focus of her work from commercial art to art activism in 2010, by using her art to document social conditions and to raise awareness about issues affecting immigrant communities such as family separation, access to public education, racism, and moving beyond common stereotypes. Her work is featured in the permanent collection of the Smithsonian Anacostia Museum and has been exhibited in a variety of venues, including the McColl Center for Arts and Innovation, Levine Museum of the New South, the City of Raleigh Museum, the Latin American Center for Arts Gallery, the Birmingham Civil Rights Institute, and the Mexican Cultural Institute at the Mexican Embassy in Washington D.C. Her story "The Magic Kite" was adapted by The Children's Theatre of Charlotte.

Felicia Sky Sutton is an educator, muralist, and multimedia artist who believes art creation and art education are an important pathway to self-empowerment. Working with paint, video, digital illustration, and most recently animation, She captures the essence of her subjects and tells stories through colorful portraiture, symbolism, and visual metaphors. Sutton is passionate about the use of public art to empower, build, and strengthen communities, and to bring new life to forgotten spaces. She attended Central Piedmont's dual enrollment program before transferring to and graduating from Appalachian State University with a bachelor's degree in art and visual culture. Her work has been in a number of group and solo exhibitions in Boone, N.C.; Charlotte and, most recently, in Philadelphia. In addition, she has been published in multiple publications and magazines.