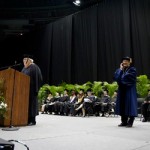 Central Piedmont Community College President Dr. Tony Zeiss awarded former Managing Partner James R. Worrell, Sr. the Distinguished Service Award in recognition of his extensive support of the College. The Distinguished Service Award is the most esteemed external award at CPCC and is conferred upon those who have demonstrated distinguished service and outstanding commitment to the College. Mr. Worrell joined the CPCC Foundation Board of Directors in 1992 and has been an active member of the CPCC family ever since. He has been a tireless volunteer for the Foundation and serves on the Foundation's Planned Giving Committee.

Giving not only his time but also his money, Mr. Worrell has supported over 100 scholarships for first-generation and English-as-a-Second Language students and many more need-based scholarships. In 1995, Mr. Worrell was instrumental in creating the CPCC Charlotte Skyline Run to raise scholarship dollars for CPCC students. He has been a major sponsor for the event since its inception and was lead sponsor in 2012 and 2013. Recently, Mr. Worrell and his family made a planned gift to CPCC as part of the College's 50-year legacy campaign, resulting in the naming of the Worrell Building on Elizabeth Avenue. 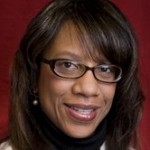 Central Piedmont Community College (CPCC) has chosen Tamara Williams as the next dean of the Merancas Campus located in Huntersville. She will begin her responsibilities as the academic and administrative leader of the Merancas Campus and CPCC's Public Safety and Transport Technologies programs on July 1. She succeeds Beverly Dickson, who is retiring.

Williams comes to CPCC from the Charlotte School of Law and its Center for Professional Development. Before coming to North Carolina, Williams served as associate vice provost, interim vice provost, and dean of academic affairs at Owens Community College in Toledo, Ohio. While at Owens Community College, she was responsible for planning and implementing a comprehensive enrollment management plan focused on student success and developmental education completion. She secured $2.5 million in external grants to assist the college in its student retention efforts and developing learning communities for career programs. 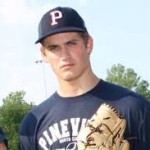 The Yankees selected RHP Ryan Butler in the 16th round as the 494th overall pick in the draft. The 6′ 5, 230 pound righty originally attended Marshall before he transferred to Central Piedmont Community College. His father was drafted by the California Angels in the 1991 MLB draft and played five seasons in the organization. Butler was on the 2010 Rawlings All-American and All-Region Atlantic Region Team. 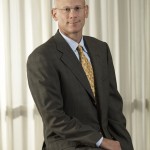 The Howard Levine Veterans Resource Center at CPCC's Levine Campus, in Matthews, N.C. was officially dedicated on Thursday, May 30, 2013.

Additionally, the grant from the Howard R. Levine Foundation  will establish the Howard R. Levine Veterans Scholarship Fund. The scholarship fund will provide much-needed financial assistance to U.S. military veterans who lack GI Bill benefits or whose benefits are inadequate to meet their educational costs. The Levine Veterans Resource Center will provide counseling, academic advising and other support services to veterans studying at the Levine Campus.

"Providing access to education and resources is crucial to ensuring that returning service men and women receive the training and support they need," said Howard Levine. "Words alone cannot express my sincere appreciation for what our military members have endured to serve our country. It's my hope that through these grants, CPCC will continue to be a trusted resource for our veterans, giving them the tools they need to ensure their future success."

Could the Best Value in Higher Education be Community College? 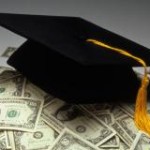 The Wall Street Journal reports that while going to college remains a profitable proposition in the long run, value is steadily shifting from four-year degrees to programs offered in community colleges. Although it has been the received wisdom that any four-year degree is valuable, new research shows that unilaterally investing in a bachelor's without consideration for the merits of the school granting the degree no longer provides the return on investment it once did. Continue reading

CPCC Graduates the Largest Class Ever!

CPCC recently graduated its largest class in its 50-year history. More than 1,900 students were eligible to graduate this year. This is a significant increase from the 128 graduates the college had at its first commencement ceremony in 1964. CPCC Graduation 2013