Completed nomination forms should be submitted online; or mailed to Christa Newkirk, Office of Alumni Relations, PO Box 35009, Charlotte, NC, 28235. The deadline for nominations is March 22, 2019, at 6 p.m. For more information, contact Christa Newkirk at christa.newkirk@cpcc.edu or call 704.330.6808. Read more 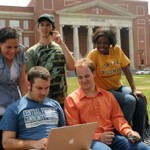