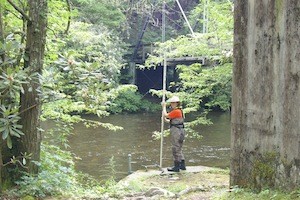 The most valuable part of my work is that I help protect people's lives and property.  After Hurricane Irene in 2011, I made a Google Earth map of the high water marks that resulted from Irene's storm surge, which were collected by USGS staff. This was exciting for me. The USGS uses the storm surge data to understand the effects of past hurricanes, which eventually allows for the development of tools and methods to help predict the effects of future hurricanes. These data also allow scientists to better understand local effects of the storm on the environment like flood extent, erosion, or vegetation changes. During this process, USGS field teams were measuring the high water marks and sending me information in almost real-time, and I was able to update the maps as their data came in. Afterwards I was shocked and honored to find that my maps were used by agencies such as at FEMA and Homeland Security! They were using our storm surge information as well, for damage assessments and impact assessments. Without GIS, all the agencies involved wouldn't have been able to respond as quickly to help residents and businesses rebuild. Read more about Kitty's career...
Central Piedmont Community College Foundation Central Piedmont Community College Foundation 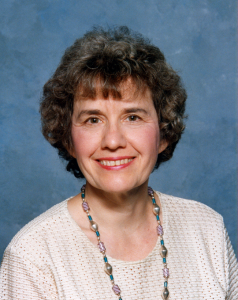 Carol Ann Douglas was  extraordinary. During her final days she had many little talks with friends.

It was one of those little talks among friends that inspired Carol Ann. Carol Ann learned about Central Piedmont Community College through visits with Wilton Connor, a friend and CPCC Foundation Board member. She was inspired to spend her final days  by giving gifts of gratitude.

Those little talks helped her formulate a plan to establish a gift in gratitude at CPCC. Carol Ann established The Thomas J. Sills Veterans Scholarship Endowment, in honor of her son Thomas who served three tours of duty in Iraq during his military service.

Carol Ann didn't stop there. She encouraged others to join her quest to give out of gratitude. Pretty remarkable woman...Interested in your own gratitude legacy? 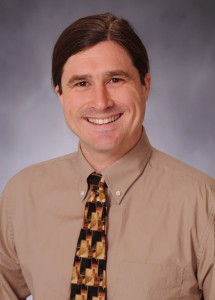 Dr. Chris Dula, CPCC Alumnus and East Tennessee State University associate professor of psychology, was named as one of the top 25 university instructors on RateMyProfessor.com. According to the press release by East Tennessee State University, this honor places Dr. Dula in the 99.99th percentile of more than 1.7 million instructors at more than 7,500 schools who have been rated by more than 14 million students in the United States, Canada and the United Kingdom.

Chris shared that "CPCC was the first step on a long career path that has been more rewarding than I could ever have imagined.  I now know that with enough desire, effort and persistence, anyone can achieve almost anything.  But, you have to know where you want to go and you have to become qualified to go there.  CPCC was the place my dream began, before I could even articulate what it was, and I'll always be grateful to the many faculty and staff who cared about students more than I could then understand or fully appreciate. "  Read more about Chris Dula
Central Piedmont Community College Foundation Central Piedmont Community College Foundation

September 21, 2012
CNN will highlight CPCC and its innovative programs on Sunday, September 23 at 8pm.

Host Fareed Zakaria introduces us to Hope Johnson, a high school honor student who decided against going to a traditional four-year university and sought a technical education instead. At the Charlotte Siemens plant, she makes components for power plants. 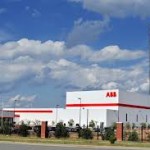 Representatives from UNC Charlotte, Central Piedmont Community College and the Charlotte Chamber will talk to companies in the German state about establishing operations in the Charlotte region.

Duke Energy Corp. executive Brett Carter will lead a delegation to Germany to kick off an initiative connecting the Carolinas' growing energy-industry hub with similar efforts in Baden-Wuerttemberg.

In some ways, it will be a standard economic-development trip. The group leaves Sunday and will be in Germany until Tuesday. Carter and representatives from UNC Charlotte,Central Piedmont Community College and the Charlotte Chamber will talk to companies in the German state about establishing operations in the Charlotte region.

But the focus will clearly be on energy for this visit, which starts in the city of Karlsruhe. Hans-Peter Mengele, chief executive of the Karlsruhe Chamber of Industry and Commerce, sees an opportunity to build an alliance between two cities that are becoming major centers for the industry in their respective countries.

Karlsruhe is home to one of Germany's largest publicly owned utilities, EnBW, and Karlsruhe Institite of Technology, one of the country's leading energy research institutions, Mengele notes. He foresees a chance to use the Karlsrguhe and Charlotte as the twin pillars of an economic bridge across the Atlantic, based on the energy industry.

He became convinced of Charlotte's rise as the "New Energy Capital" in the United States last spring during a trip that coincided with the annual Energy Inc. conference. One feature of that gathering was a presentation on a study by McKinsey & Co. about Charlotte's standing and its potential to become the center of an energy cluster for the Carolinas. Mengele says he found that report particularly convincing.

"There is no doubt from our point of view that Charlotte is the best place for German companies interested in going global in the energy sector," he says.

That's music to the ears of Charlotte-area economic developers, who have since 2009 been pushing the idea that U.S. and international energy companies should be considering this region as a base for major operations in the industry.

Carter, Duke's president for North Carolina, met Mengele during the German official's trip here in the spring. It was one of a series of meetings arranged for Mengele with energy leaders in the Charlotte region. Carter and Mengele talked about the change in the German energy industry -- with the rising importance of renewables and energy efficiency in the wake of the country's decision to abandon nuclear power by 2022.

Carter says it was a clear opportunity to build on the energy cluster effort to reach out to overseas companies and make a case for the Carolinas.

"We will be meeting with several companies in the energy sector who have an active interest in expanding in the U.S.," he says of the upcoming trip. "And we are looking forward to building off the momentum the growing energy cluster and the Democratic National Convention have given to Charlotte and the region."

The local delegation will promote the 260 energy companies and 30,000 energy-industry workers already in the region as a draw for more development.

The energy focus will be on manufacturing, technology exchange and education -- both at the level of university research and work-force development.

Johan Enslin, director of the Energy Production and Infrastucture Center at UNC Charlotte, will be on the trip. So will Duke's business-development director, Stuart Heishman, and Vince Davis, director of Smart Energy Now, Duke's business end of the Envision: Charlotte sustainability project.

But Carter says the group also will be looking at business opportunities for the Charlotte region beyond the energy sector. Germany's decision to phase out nuclear power -- made in the wake of the earthquake and tsunami that crippled Japan's Fukushima Daiichi plant -- will drive up energy costs for companies in that country, he notes.

"There will be an opportunity to move to Charlotte and the Carolinas for companies that are looking to lower their energy costs," he says.

His group will visit with BMW, which already has a major manufacturing operation in Spartanburg County, S.C.

Also on the to-do list for Carter and Mengele is setting up a return trip to Charlotte for German companies interested in visiting this region and seeing what it has to offer. Both view that as an opportunity to strengthen the relationship between Charlotte and Karlsruhe.

And a return trip will offer a chance to recruit additional German companies interested in a foothold in the U.S. market. 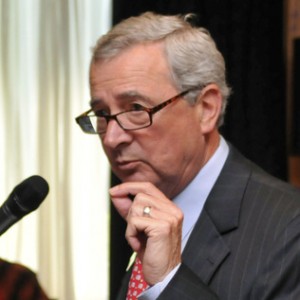