The Julius L. Chambers Diversity Champion Award, which celebrates persons in our community who have advanced the cause of diversity and equal opportunity, will be presented to Georgia J. Lewis at the McMillan Fund Dinner on Feb. 21, 2013. Throughout her life, Ms. Lewis has been a front line advocate for the rights of women and minorities. Raised in humble surroundings, Ms. Lewis began her pioneering work as a social worker in New Mexico in the 1950s and later continued with her many years of professional, public and community service in North Carolina  where she moved with her husband, pharmacist Robert L. Lewis.

A mother of five, Ms. Lewis continued her graduate education after she raised her children, and then, at the age of 53, enrolled and obtained her law degree at North Carolina Central University's School of Law. She was North Carolina's first Hispanic judicial official, serving as a civil and criminal magistrate in Mecklenburg County, as well as the first Hispanic to serve on a board of elections in North Carolina, ultimately serving as chair of the Mecklenburg County BOE. In private practice, she has worked as a lawyer for the Charlotte Catholic Diocese, represented immigrants in refugee cases, advocated for the homeless, fought to protect the franchise for minority voters  and she struggled publicly to obtain fair-pricing on prescriptions for their pharmacy customers. She was also instrumental in organizing and leading bar organizations at the local, state and national levels to promote and protect the interests of Hispanic clients in North Carolina and provide networking and pipeline opportunities for Latino lawyers in this state.

Ms. Lewis has served as a regional president of the Hispanic National Bar Association, was the catalyst for the creation of the Hispanic Latino Lawyers Committee that continues to operate as part of the North Carolina Bar Association and was a co-founder of the Mecklenburg County Hispanic Latino Lawyers Bar. In addition to her legal work, Ms. Lewis founded the Emerging Latina Leadership Advocates, a local organization dedicated to helping Latina women (including lawyers) attain leadership positions in their communities. Ms. Lewis' outstanding public service work has not gone unnoticed, as she has received numerous honors at the local, state and national level.
Mecklenburg County Bar
438 Queens Road, Charlotte, NC 28207 | Phone: 704.375.8624 | Fax: 704.333.6209
Central Piedmont Community College Foundation Central Piedmont Community College Foundation

Top career fields and employment trends in the Charlotte region.
Specific CPCC degree, diploma and certificates for a given occupation.
Current local job openings and estimated regional salaries.
How to create a resume.

... and other up-to-date, easy-to-understand information about local employment.

Anyone can use this FREE career exploration tool anytime and at any place.

CPCC Seeks Nominations for 2013 Hagemeyer Educational Advancement Award - Are You the One?

It's time to nominate yourself or another outstanding CPCC Alumnus for the 2013 Hagemeyer Educational Advancement Award.  Nomination forms
Do you know a CPCC graduate who is making a tremendous difference in the community? Nominations are currently being sought for the 2013 Richard H. Hagemeyer Educational Advancement Award. This award recognizes a former CPCC student who has significantly benefited from experiences at CPCC and whose efforts have helped the community. The award is named after Dr. Richard H. Hagemeyer, CPCC's president for 23 years, who led the College from a trade school with 1,200 students to the state's largest community college.
Nominations are being sought for individuals who have:

demonstrated community involvement and social responsibility.
acquired scholastic and learning skills that have led to continued personal and educational growth
improved his or her economic status and potential for growth.
exemplified positive and significant life changes.

Previous award winners include David Howard, Jim Rogers, Dr. Kenneth J. Welch, Chief Luther Fincher, Frances M. Queen, and our own Richard K. Zollinger.
The College will recognize this year's winner at CPCC's commencement ceremony on Thursday, May 16, 2013, and a one-year scholarship will be granted to a CPCC student in an area of study reflective of the winner's background. Nomination forms are available on the CPCC website. 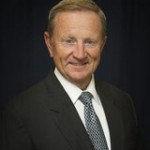 "It is a tremendous privilege for me to support and honor this college," Moss said. "I am proud to have my name on the Civil Engineering program. If this college had not been available to me in 1966, along with the affordable education it provided, I would have missed out on a wonderful, exciting, rewarding and successful construction career."

"We are most grateful to Bob for his generous support of CPCC and proud of his many accomplishments as a CPCC alumnus," said Dr. Tony Zeiss, president of CPCC. "Thanks to his gift, our engineering technology program students will receive a quality education that equips them with the latest industry advances and techniques, giving them a competitive advantage in today's workforce." Full Story of Bob's Success
Central Piedmont Community College Foundation Central Piedmont Community College Foundation

You are Amazing! Your Alumni Gifts Make Great Things Possible 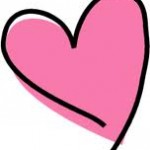 Your gifts to the CPCC Alumni Fund  make great things possible. Your contributions help CPCC provide instructors, programs and courses to make it possible for students to be competitive and prepared in a quickly changing world. A heart-felt thank you to all of  you who  give and make this possible. Every gift counts and we can't do it without you.